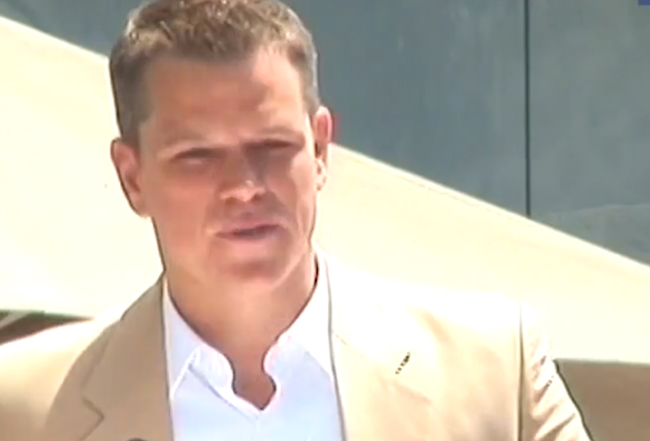 On Friday, November 15, Ford v Ferrari comes to the big screen. The film, starring Matt Damon and Christian Bale, is based on the true story of the American car designer Carroll Shelby and the British driver Ken Miles, who work together to build a race car for Ford Motor Company and take on the Ferrari at Le Mans in France in 1966. MediaMine’s archive features Damons’s official Hollywood Walk of Fame Star ceremony from December 4, 2014.