Jodie Foster Receives a Star on the Walk of Fame 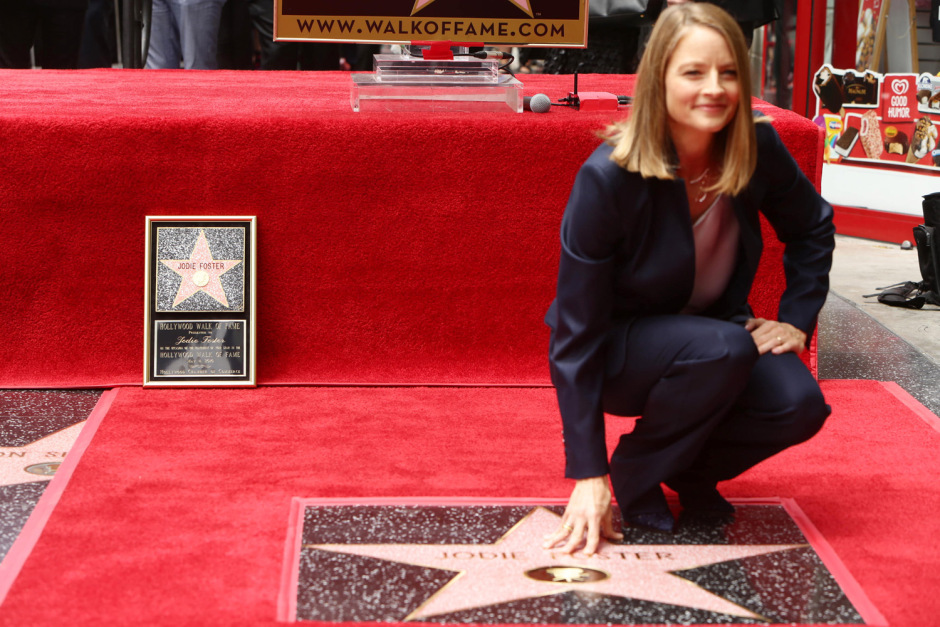 Jodie Foster received her Star on the Walk of Fame today. The child-star turned two-time Academy Award winning actress and acclaimed director/producer was honored by Kristen Stewart at the ceremony on Hollywood Boulevard. Foster told the crowd that gathered for the event, “I grew up blocks from Hollywood Boulevard and would cross it every single day of my life. And you do that thing where you’re like, ‘Will I ever be on the Walk of Fame someday?”

Stewart, who stared in “Panic Room” with Foster, had high praise for the actress. “She’s always encompassed what I thought was sort of the prime example of where you want to be and she’s been there for me… She’s a baller on every level. It’s out of control. She did everything young. She kicked Yale’s ass. She won Oscars. She became a filmmaker herself. She created a family and still is just normal and cool and kind.”