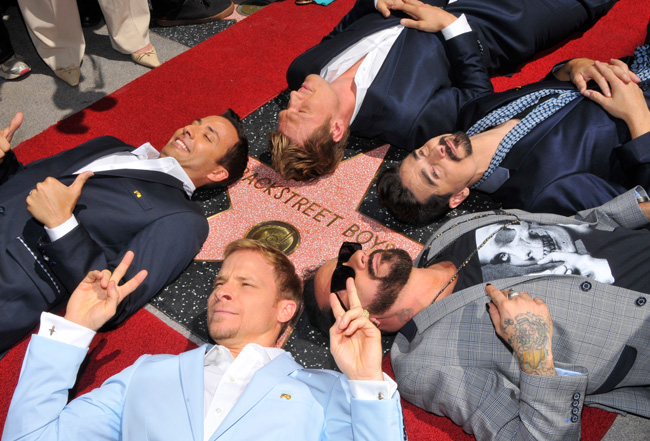 The 61st Annual Grammy Awards take place on Sunday, February 10. With their first nomination in 17 years, the Backstreet Boys got a nod for Best Pop Duo/Group Performance for their summer hit “Don’t Go Breaking My Heart.” MediaMine’s archive includes photos and video from the Backstreet Boys’ 2013 official Hollywood Walk of Fame Star ceremony.