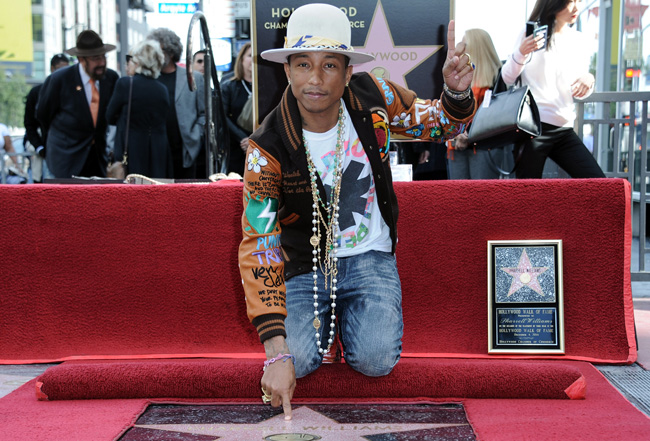 The Dr. Seuss favorite The Grinch returns to the big screen. The 3D computer-animated version of the classic is produced by Illumination Entertainment (the company who brought you Despicable Me). It is narrated by Pharrell Williams and stars the voices of Benedict Cumberbatch, Rashida Jones, Kenan Thompson, Cameron Seely and Angela Lansbury. MediaMine’s archive features Pharrell’s official Hollywood Walk of Fame Star ceremony from December 4, 2014.